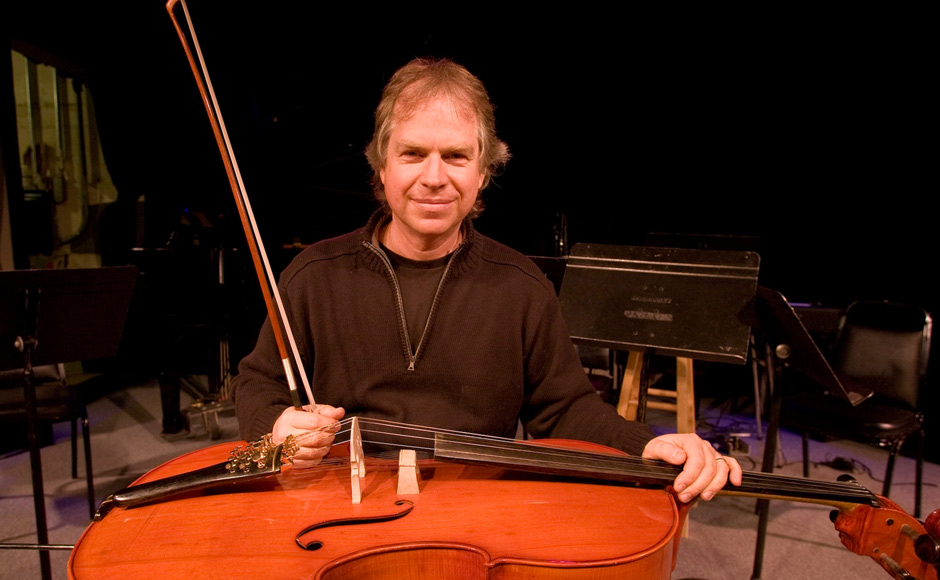 “A Thread of Time: The Old Becomes New” refracted world music through classical forms in a Sunday matinée by the Santa Cruz Chamber Players, organized by flutist Lars Johannesson. The promise of the program title began with a beautiful Shaker Spiritual Set, Shaker folk tunes arranged and harmonized by Grammy winner Barry Phillips (pictured). Written for flute, clarinet, violin and cello, all six movements were skillfully and artistically crafted with the feel of American folklore sensibilities. Broad open fourths, Ionian and Dorian modes and Irish/Celtic-flavored reels and laments were infused with wit, wisdom and bittersweetness by the band.

Bohuslav Martinu’s Variations on a Slovak Folksong for cello and piano proved to be a fast paced passionate ride of Eastern European polyrhythms, meters and Locrian melodies that provided a stimulating juxtaposition of moods. Cellist Amy Brodo and pianist Susan Bruckner, both locally well-known artists, played with precision and spirit.

One would never have guessed from the sounds of Charles Wourinen’s Bearbeitungen uber das Glogauer Liederbuch that these pieces were composed in 1962. Except for the use of chromatic instruments and flutter tongue effects the music sounds like straight-ahead early music melodically and harmonically, with repetitive cadences characteristic of the style. Wourinen “re-composed” these 15th century songs for flute, clarinet, violin and cello with great charm. That the Santa Cruz Chamber Players perform this style particularly well makes sense considering their collectively strong backgrounds in baroque and classical music.

Excellent execution of programming also opened the second half of the concert with joyously swingin’ selections from Claude Bolling’s popular Suite for Flute and Jazz Piano, with cello and drums thrown in. The group is tight, light and percussive here as it should be. Good job on drums Barry Phillips! Lars Johannesson plays a stellar rendition on flute as does Jeff Gallagher on the clarinet. (Gallagher has enjoyed working regularly with a wide variety of musical ensembles including the Cabrillo Music Festival with Marin Alsop and the Monterey Jazz Festival both among the worlds’ top festivals in their categories.)

Barry Phillips’ Threads of Times, commissioned by arts patrons Rowland and Pat Rebele, is a suite of four movements based on the composer’s experiences with a codex from 1350 found at the Abbey in Robertsbridge, England, thought to be the oldest extant music notation for keyboard. Phillips also drew on the church bell at St. Reinoldi in Dortmund, Germany, and an anonymous organ tablature from 1460. “In a way these are ‘daydreams’ …a tribute to the cities or towns they come from,” he says. The first movement opens with solo piano then one by one enters clarinet, flute and strings playing broad harmonies supporting the ancient melodies. Threads of Time exudes compositional skill, artistry and thoughtfulness on a profound level. With not an empty seat in the house at Christ Lutheran Church in Aptos, the SC Chamber Players received a robust and authentic standing ovation from the audience grateful for this rich and masterful contribution of music to our community.

Link to the original review posted in PerformingArtsMontreyBay