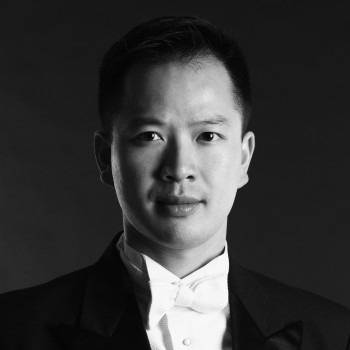 “Smorgasbord Baroque” features Baroque and Classical music from unexpected places! From the imperial Chinese court to the cathedrals of Guatemala, composers drew from European and indigenous sources to create music that dynamically captured the first wave of globalization from the 16th through 18th centuries.

Interaction between cultures could be limited. Teodorico Pedrini, a missionary to the Chinese court, wrote a set of thoroughly Italianate 12 violin sonatas in Beijing.  John Antes, an American missionary in Egypt, wrote thoroughly European-style string trios on the banks of the Nile.

You will hear Italian-born Francesco Geminiani’s sonatas based on old Scottish airs; the fifes and drums (as played on harpsichord) of the Battle of Trenton; songs by the Mexican Antonio de Salazar;  Guatemalan Rafael Antonio Castellanos ; and the music of Ignatius Sancho, the first black man to vote in Great Britain! 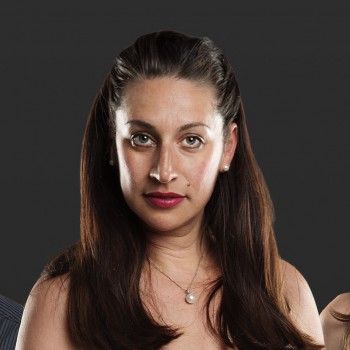 You’ll hear captivating melodies written in the form of Tangos and Habaneras, operatic favorites from Carmen and Orland furioso, ethereal harp music, the gorgeous cello and piano duet Sicilienne, and one of the most beautiful Vocalise, that of Ravel.

The concert also features works by Villa-Lobos, Fauré, and recent compositions by Paraguay’s harpist Alfredo Rolando Ortiz, as well as a chamber song cycle by one of our hometown favorites, Santa Cruz’ Chris Pratorius Gómez. 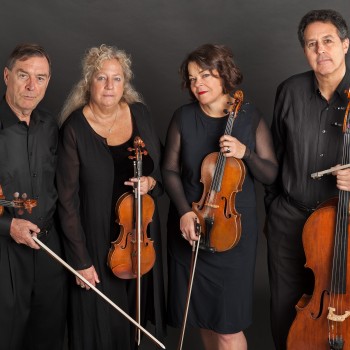 The music of Czechoslovakia always conjures up expectations of irresistible rhythm, passion, heartbreak and rapturous melody. All of these you will hear in full measure as we journey together. But we will also encounter great craft and compositional mastery. As Dvorak himself put it ‘To have a fine idea is nothing special. The idea comes of itself and if it is a beautiful and great one, this is not due to the man who has it. But to realize this idea in a beautiful fashion and to make something great out of it, that is the most difficult thing, that is art.” 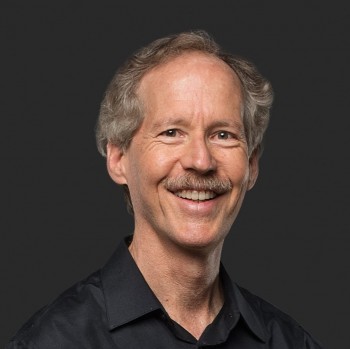 An Arc of Romanticism

Music by  Beethoven, Schumann, and Brahms

The Robert Schumann/Clara Schumann/Brahms triangle is central to the Romantic legacy in music. This program explores a trajectory within that legacy, with the Schumann Quintet, considered by many to be among his greatest works, representing the Romantic era in its young and hopeful stage. The Brahms piano quartet, begun when Robert Schumann was in an insane asylum and completed only years after his death, is full of drama and emotional turmoil, indicated by the composer as reflecting his unrequited love for Clara, with a slow movement that Menachem Pressler of the Beaux Art Trio has described as “the most beautiful declaration of love ever composed.”

The program opens with selections from a delightful seven-movement serenade by the young Beethoven, still anchored within the classical style but showing signs of the revolutionary spirit that later played a key role in ushering in the romantic era. 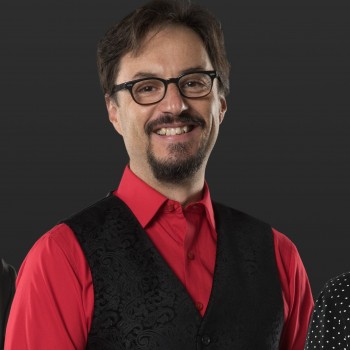 Celebrating the connections between birds and music, this concert will present representations of our winged neighbors. The achingly beautiful The Lark Ascending by Vaughan Williams will anchor the concert, while the lush romantic gem Fairyland by English composer Holbrooke will provide a glimpse of magical flight. Special guests Ariose Singers, conducted by Camille Couture, will present the charming Le chant des oiseaux, a famous French madrigal and the world premiere of 13 Ways of Looking at a Blackbird, a setting of the pithy poem by Wallace Stevens, composed by director Pratorius-Gómez.

Other chirps will include the classic flute solo Syrinx by Debussy, Vaughan Williams’ lovely 6 Studies in English Folk Song and another premiere, a fantasy on Charlie Parker’s Ornithology, where the classic be-bop tune will be transfigured into a serene meditation accompanied by recordings of birds from throughout Santa Cruz County. 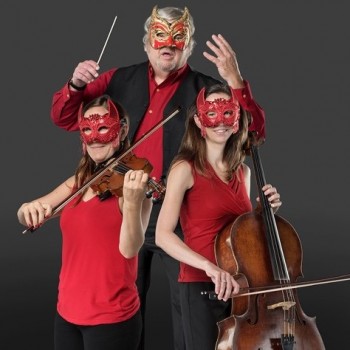 The Variety of Three: Music for Violin, Cello, and Piano

Three may be a “crowd” in conversation or in relationships, but in music- making, it is ideal for both variety and intimacy. Three friends collaborating: selecting, rehearsing, discussing and performing the music they all want to play; that is the essence of chamber music as well as our overall “theme” for this program. With solos, duets and trios drawn from Baroque (Tartini), Classical (Beethoven), Romantic (Arensky and Gliere) and Contemporary (Piazzolla) repertoires, this program provides a maximum of variety with a minimum of players.  As they say,“less is more” and musical thrills won’t be lacking, particularly with our performance of the “Devil’s Trill Sonata!