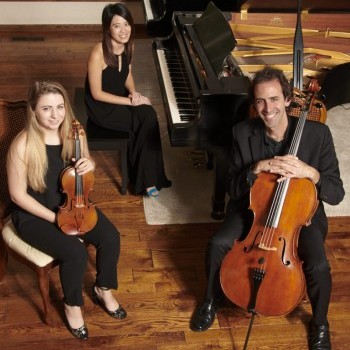 French Music of the Late 19th and Early 20th Centuries

March 14 at 3pm: Premiere Watch Party and Q&A with Ensemble 1828.
March 14-April 13: The concert will be available to watch online, on-demand.

Ensemble 1828, a rising Bay Area piano trio, is thrilled to bring an all-French program to Santa Cruz Chamber Players’ groundbreaking online 2020-21 season. Anchored by one of the great piano trios in the repertoire, our program celebrates three iconique compositions for strings and piano, delivered digitally to SCCP’s fans and subscribers.

We begin with the cello sonata of Claude Debussy, considered by many to be the greatest cello sonata of them all. Composed in the twilight of Debussy’s life, the Cello Sonata is equal parts lush French impressionism and quirky modernism. The program continues with the violin sonata of César Franck, a quintessentially Romantic work and a staple of the violin-piano repertoire that will dazzle and inspire. The program concludes with all three artists onstage together for one of the great piano trios, not to mention one of the finest examples of Impressionist art of any genre: the Ravel Piano Trio. 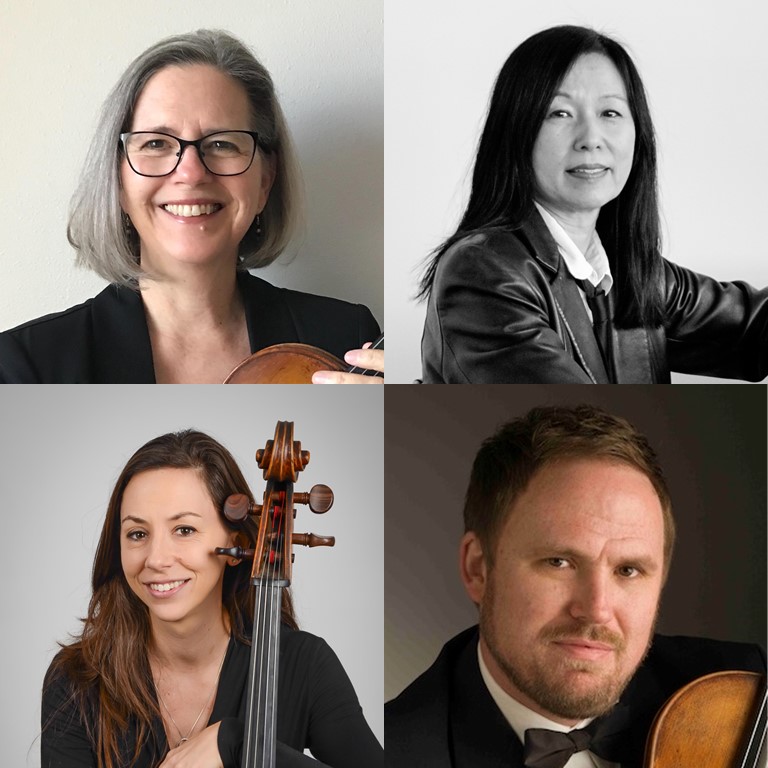 Gabriel Fauré and His Circle of Influence

April 18 at 3pm: Premiere Watch Party and Q&A with Artists.
April 18-May 17: The concert will be available to watch online, on-demand.

Gabriel Fauré (1845-1924) was one of the most influential French composers, linking the end of Romanticism with the beginnings of the modern era. Fauré taught many young composers. One of the best known of these was Nadia Boulanger, who herself became a sought-after teacher who mentored many of the leading composers of the 20th century. One of those closest to her was her sister, Lili Boulanger. Another of Nadia’s students was Suzanne Bloch, daughter of her close friend Ernest Bloch. In 1916, Suzanne Bloch became acquainted with Rebecca Clarke when both entered the same competition and, out of 72 entries, tied for first place. There was speculation at the time that Rebecca Clarke was a pseudonym for Bloch himself, based on the belief that a woman could not have written such a great work.